Will Yoga Help Your Migraines?

Will Yoga Help Your Migraines? 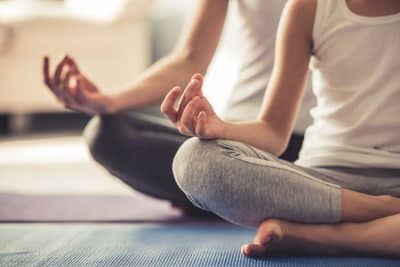 For many believers in traditional and alternative medicines, many illnesses stem from simple imbalances in the body, tensions that can be relieved, in part, through simple manipulations that put the body back in balance. One of these manipulations is yoga, and in the case of migraines, it has been shown to make a significant difference in your symptoms.

Although these results are certainly promising, it’s important to note that it’s only a very small study with limited evidence. We will need much more evidence before we can begin to claim that yoga really is effective for migraines.

How to Try Yoga for Migraines

Although the evidence is slight, there’s not likely to be any harm in trying yoga alongside your conventional care. You even get the side benefit of engaging in mild exercise that’s unlikely to act as a migraine trigger.

In the study, patients used simple stretching exercises and a sequence of poses known as surya namaskar, followed by Padahasthasana, Ardha chakrasana, Trikonasana, Bhujangasana, Vakrasana, Ustrasana, and ending in the Shavasana pose with Yoga Nidra meditation.

Other people recommend certain poses such as the cat pose, child’s pose, and seated spinal twist.

But if yoga doesn’t work or if it only helps a little, you’ll likely be looking for more effective treatment to complement your conventional care.

When people talk about the benefits of yoga for migraines, the emphasis is on relieving tension and loosening muscles, but it’s also important to ask why your muscles have so much tension in the first place. One potential cause is temporomandibular joint disorder (TMJ), which puts your muscles in an imbalanced state, resulting in excess tension.

TMJ treatment allows us to move your jaw into a state of restful balance, which can in turn reduce tension in your head, neck, shoulders, and back, reducing painful pressure on the trigeminal nerve, the trigger point of migraines.

To learn whether TMJ treatment can help your migraines in Columbia, SC, please call (803) 781-9090 for an appointment with a TMJ dentist at Smile Columbia Dentistry.