What’s the Difference between TMJ and TMD?

What’s the Difference between TMJ and TMD?

If you are experiencing jaw pain, headaches, and other symptoms, you might have started to research the cause. You might have come across references to TMJ and TMD, and you might have wondered what is the difference between them.

The answer depends on who you ask. 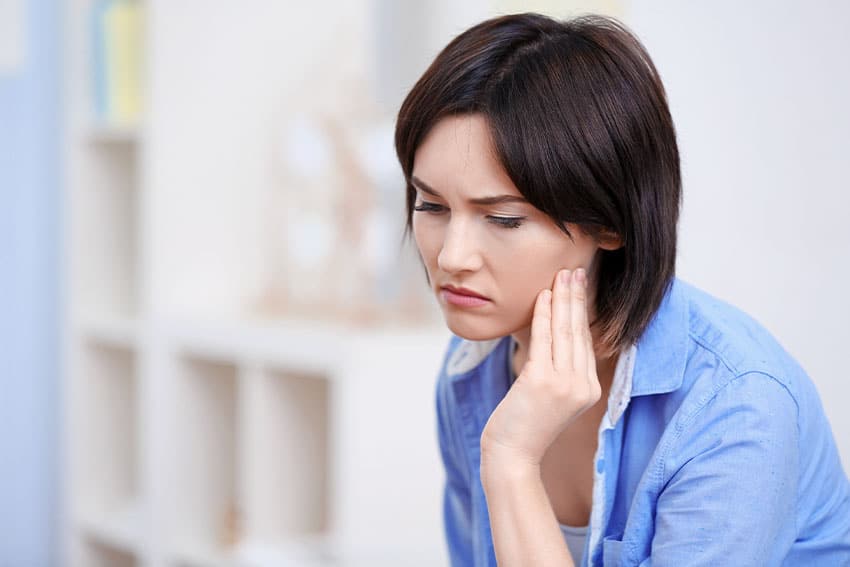 Some People Make a Distinction

Some people will tell you that there is a difference between these two terms. They will say that TMJ stands for the temporomandibular joint. This is the joint between your jawbone (mandible), and the temporal bone in your skull.

They will then tell you that TMD stands for temporomandibular joint disorders (dysfunction, disease, or some other d-term). This is an umbrella term that refers to a wide range of conditions that can be lumped together under this one label or into one of three types:

However, there is a long history of naming this condition, and there is no good reason to stand on this distinction.

Naming History for the Condition

The modern history of dealing with these types of jaw disorders extends back to otolaryngologist James Costen, who in 1934 published the first descriptions of the condition from a modern medical perspective. Although Costen was not a dentist, he attributed much of the cause of the condition to malocclusion (bad bite), and recommended dental treatment to deal with the symptoms. (Incidentally, review of early treatment history shows that about 94% of patients saw improvement or were cured from their condition.)

As a result of Costen’s work, people initially called the condition Costen syndrome. This was the name given to the condition for the first decade or so. By 1948, however, people had adopted the term temporomandibular joint overclosure, and the acronym TMJ.

The symptoms caused by dysfunction in this area are diverse. Costen and others initially put emphasis on ear-related symptoms. As emphasis changed to more pain-related symptoms, people proposed a new name (Temporomandibular pain-dysfunction syndrome of Schwartz), and new acronyms (TMPDS or just PDS). This re-emphasis came in the mid-fifties, thanks to the work of Lazlo Schwartz. By the late 1950s, people proposed the label temporomandibular joint dysfunction, and the acronym TMD was born.

Over the years, people have proposed many similar acronyms, like TMS for temporomandibular syndrome, but the two terms TMJ and TMD were well-entrenched by then, and few wanted to adopt alternate nomenclature.

In the early 1990s, the American Academy of Orofacial Pain decided to try to put an end to the naming disputes by adopting the official name “temporomandibular disorder” and the acronym TMD. In most scientific literature, doctors will make the distinction between TMJ (the joint) and TMD (the condition).

However, many people in conversation still use the acronym TMJ to refer to the disorder and not the joint. So if you call the condition TMJ, you’ll be in good company, including the National Institute of Dental and Craniofacial Research (NIDCR).

Is Either Name Adequate?

The biggest issue now is whether either TMJ or TMD is a good label for this cluster of conditions. In the past, we hadn’t defined the sub-categories of TMJ, so it made sense to keep a single name for the condition. However, as we have continued to define the sub-conditions in greater detail, this might not seem as good an idea.

To try to distinguish between these conditions, some propose that we should move away from the larger label and focus more on naming the specific symptoms. For example, we should distinguish between myofascial pain (muscle pain) and myospasm (involuntary contraction of jaw muscles) from internal derangements of the jaw (displaced disc, for example) and jaw arthritis.

More important than what we call the condition is getting an accurate diagnosis of what factors are impacting the function of your jaw joints. At Smile Columbia Dentistry, we work hard to accurately determine what is going on in your jaw joints to be able to recommend treatments that will give you true relief from your discomfort and other TMJ symptoms.

When you come to our office, we will start by truly listening to your descriptions of the symptoms. Next, we will ask you some questions to collect a full medical history.

Then we will begin a full exam. We will use our muscle-reading computer to measure your muscle tension, look at your jaw movement, and listen to your jaw sounds. Then we use TENS to relax your muscles. This helps resolve some of your symptoms, but it also lets your jaw move more freely. With  your muscles relaxed, we’ll repeat measurements of jaw movements, muscle tension, and jaw sounds to help us determine what treatments are best to help you see long-term relief.

Get TMJ Relief in Columbia, SC

If you’re tired of the headaches, the jaw pain, and the ear-related symptoms that make TMJ so hard to live with, let TMJ dentist Dr. Adam Hahn help. We have helped hundreds of people in Columbia, SC feel relief from their TMJ, and we can help you. Please call (803) 781-9090 today or use our contact form to schedule an appointment.