TMJ, Tinnitus, and Suicide: Are They Related?

TMJ, Tinnitus, and Suicide: Are They Related? 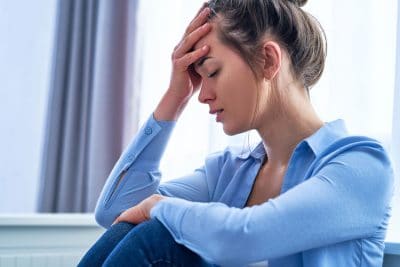 Have you ever gone to a loud concert and afterward heard a ringing sensation in your ears? This is called tinnitus. Fortunately, for most, the ringing ends a day or two after being exposed to loud noise. On the other hand, 15 to 20 percent of people experience this sensation at all times. While it isn’t a serious condition, it can be annoying and an indicator of something more serious going on.

One of the symptoms of TMJ, or temporomandibular joint disorder, is actually tinnitus. This is because jaw afflictions can affect your hearing. Half of the people who suffer from TMJ have actually reported having some form of tinnitus.

So what does this have to do with suicide? A recent study found an association between those who have symptoms of tinnitus and have attempted suicide. While the study was not conclusive, it is still worth looking into.

The study conducted by JAMA Otolaryngology Head & Neck Surgery found that tinnitus had a heavier mental health burden on women than in men. This is likely due to higher levels of anxiety and stress. After several case studies linking tinnitus with suicide, JAMA Otolaryngology Head & Neck Surgery decided to see if the association between tinnitus and suicide attempts differed between men and women.

The study participants were all adults from Sweden who participated in a self-administered questionnaire that asked questions about tinnitus and mental health. The study found that the number of suicide attempts was higher in patients with tinnitus. However, the association was not observed for people with a formal diagnosis of tinnitus. The results showed that women with tinnitus were more likely to attempt suicide. Since only a fifth of the participants had been officially diagnosed with tinnitus, further research needs to be conducted to conclude an official association.

Is TMJ to Blame for Tinnitus?

In the United States, over 10 million people experience TMJ, with the majority being women. This can be partially due to the fact that arthritis can cause TMJ and arthritis is more common in women. Women are also known to clench or grind their teeth more than men when they’re stressed. Hormones, joint structure, smoking, differences in the way they experience chronic pain, and vitamin deficiency can also be major factors that explain why women are more prone to TMJ.

Since tinnitus can be a symptom of TMJ and most TMJ sufferers are women, it only makes sense that the above study found an association between tinnitus and suicide with women. So is TMJ to blame? We can’t say for sure, but there is definitely a plausible link. It stresses the importance that doctors and dentists credit the TMJ symptoms women report so they can help them get effective treatment.

Get Diagnosed for TMJ

If you suspect that you might have TMJ, the best thing you can do for your health is to see a dentist to get diagnosed. While a common symptom for TMJ is tinnitus, you should also look out for pain in your jaw, popping or clicking noises when you open and close your mouth, lockjaw, and headaches. Once we have diagnosed you, we can provide the proper treatment to reduce or eliminate your painful symptoms so you can feel like yourself again.

If you experience any symptoms of TMJ, especially tinnitus, call Smile Columbia Dentistry in Columbia, SC at (803) 781-9090 to schedule an appointment with Dr. Adam Hahn.