Tinnitus Is the Most Common Injury for Veterans

Tinnitus Is the Most Common Injury for Veterans

According to the US Department of Veterans’ Affairs, tinnitus is the most common injury compensated. More than 87,000 veterans started receiving benefits for tinnitus in 2011, making the total number of veterans compensated for the injury up to nearly 841,000. This type of tinnitus is different from tinnitus connected with TMJ, but because tinnitus is not always curable, treatment and recognition efforts remain similar. 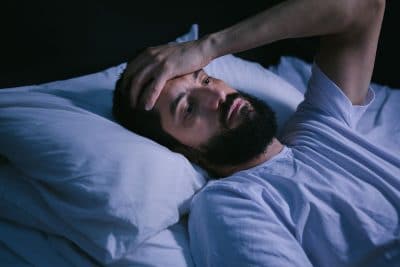 Hearing loss has been part of the military experience since modern firearms, artillery, and machinery increased the sonic trauma of the battlefield. The science of audiology was originally founded on the experience of WWII veterans who experienced hearing loss due to the loud explosions and machinery, such as the drone of airplane engines, they were exposed to. The Hearing Loss Association of America was founded by a US Army veteran who experienced hearing loss during his service. Ongoing research and prevention efforts in the military are aimed at preventing tinnitus and hearing loss.

But the injury rates continue to increase. Overall, about 60% of veterans returning from service in Iraq and Afghanistan will experience some degree of tinnitus or hearing loss. Nearly 25% of all veterans receiving compensation for tinnitus and hearing loss are veterans of these two recent conflicts, despite the millions of veterans still receiving compensation for service in the Gulf War, the Vietnam War, the Korean War, and WWII.

There are many causes for the increasing injury rates among veterans. First, there is more attention being given to these types of injury than ever. It was only in 2009 that the Department of Defense established its Hearing Center of Excellence to focus specifically on the problems of hearing loss and tinnitus.

Another cause for increased tinnitus injury is the changed style of warfare. In Iraq and Afghanistan one of the most common techniques used by enemies was the improvised explosive device, or IED. These poorly focused explosions are less likely to cause serious injury against armored targets, but the blast force can travel through the air and cause damage to the auditory system, which is vulnerable to pressure changes.

Finally, with improvements in military armor and medicine, more soldiers than ever are surviving battlefield injuries, which often include injury to the hearing system.

Helping Veterans and Others Cope with Tinnitus and Hearing Loss

One of the most important things you can do for tinnitus sufferers is to recognize that their condition is real. All too often, people are told that the sounds they are hearing are “all in their head” or that they should just work through them. If someone you know is suffering from tinnitus, you should encourage them to seek treatment.

You can also help tinnitus and hearing loss sufferers by working to remove the stigma of hearing aids. Only a small fraction of people who would benefit from them actually wear them in part because of the negative social perception. Let people know that a hearing aid is nothing to be ashamed of.

At Smile Columbia Dentistry, we have helped many people with tinnitus due to TMJ disorder. Tinnitus as a symptom of TMJ disorder is very different from tinnitus caused by an injury to the auditory systen, but if you think you have hearing problems or tinnitus associated with jaw joint problems, please contact us today for an appointment at our office in Columbia, SC.