Researchers recently had a rare opportunity. A patient who required monitoring of his brain with electrodes because of epilepsy was also a tinnitus sufferer. Since they already had electrodes in place to monitor his epilepsy, they took advantage of the opportunity to monitor his tinnitus as well, and they found that tinnitus activates a large network of sites in the brain, far beyond the area dedicated to sound interpretation. 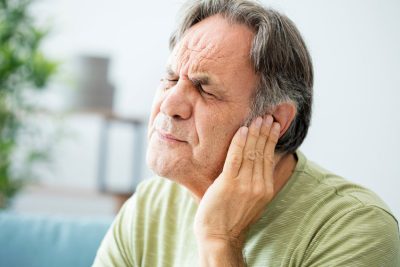 Researchers were happy to work with a subject who had a typical tinnitus pattern, which included ringing in both ears in association with hearing loss. The theory has long been that this type of tinnitus is caused by the brain trying to “fill in” the absence of sound on its own. As such, researchers expected to find brain activity in the areas related to sound.

But they were surprised to find that, in addition to the areas associated with sound, activity in relation to tinnitus showed up in nearly 40% of the total brain locations monitored. As a control, they played sound which the subject had identified as being the same as the tinnitus sound, but found that it only stimulated normal sound-associated areas.

Researchers hope that their work can lead to improvement in tinnitus treatments, including the use of neurofeedback, where people attempt to consciously control their brainwaves. Knowing the precise brain locations involved might also help with electrostimulation for tinnitus.

Naturally, people think that there must be a sound- or ear-based solution to tinnitus, but this isn’t really the case. It’s an important fact that tinnitus sufferers have to realize: tinnitus isn’t really sound. It’s something else that the brain is interpreting — at least partly — as sound. One possibility is actually pressure on the ear or the nerves leading from the ear, which causes stimuli that the brain thinks are sound.

As a result, your tinnitus treatment might not really be related to your ear much at all. TMJ treatment works by reducing or eliminating pressure on the ear to free it from stimuli that lead to tinnitus.

If you would like to learn whether TMJ is responsible for your tinnitus, please call (803) 781-9090 for an appointment with a Columbus, SC TMJ dentist at Smile Columbia Dentistry today.