Teens at Increased Risk for Tinnitus

Teens at Increased Risk for Tinnitus

A study conducted by researchers in Canada and Brazil concluded that today’s teenagers are at an increased risk for tinnitus, partly because of earbuds but also because of frequent visits to clubs playing very loud music. As a result, researchers are warning teens and their parents to protect their ears against hearing loss by avoiding too loud music.

However, it’s also important for teens and their parents to remember that tinnitus can be caused by many conditions, including TMJ , which can also appear with elevated frequency among teens.

A Warning from Researchers 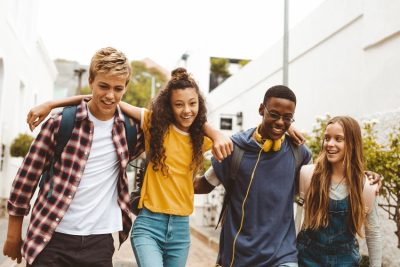 Researchers in this study used an otoscope to examine the ears of 170 students ages 11 to 17 who attended the same public school in São Paulo. Teens were also asked to respond to a questionnaire about their behaviors and whether they had experienced tinnitus in the previous 12 months.

Although tinnitus is a condition that mostly affects older people, about 55% of this sample reported that they had experienced tinnitus in the previous year. This was often the transient tinnitus that comes from acute exposure to loud sounds. And nearly 29% of the teens experienced chronic tinnitus similar to that experienced by older adults.

Researchers noted that the symptoms matched damage to neurons transmitting sound to the brain. This type of tinnitus and hearing loss can’t be treated or cured. It can only be prevented.

Researchers looking at the questionnaires found that most of the teens in the study engaged in risky listening habits, such as the use of earbuds and repeated exposure to very noisy environments. To avoid irreversible ear damage, parents and teens must take steps to avoid these damaging issues and conditions.

Another Source of Tinnitus in Teens

Of course, teens and their parents have to be aware that there are many potential causes of tinnitus. Another potential cause of tinnitus is TMJ, temporomandibular joint disorder. Teens are at an elevated risk of TMJ because their jaws are growing and may not be fully proportional, which can create bite imbalances that lead to TMJ. We are not entirely certain of the mechanism that links TMJ and tinnitus, but it could be related to excess pressure on the temporal bone which houses the ear or the nerves that carry signals to the brain from the ear.

Teens with TMJ-related tinnitus will likely evidence one or more other TMJ symptoms, such as:

In addition, teens may be more likely to experience TMJ symptoms after they engage in activities that place stress on the jaw. This may include:

If your teen’s tinnitus matches this description: you’re in luck. One benefit of TMJ-related tinnitus is that TMJ treatment can prevent, reduce, or eliminate this type of tinnitus.

If you would like to learn whether your teen’s tinnitus is due to TMJ, please call (803) 781-9090 today for an appointment with a Columbia, SC TMJ dentist at Smile Columbia Dentistry.