Pulsatile Tinnitus Could Be a Sign of Dangerous Artery Conditions

Pulsatile Tinnitus Could Be a Sign of Dangerous Artery Conditions 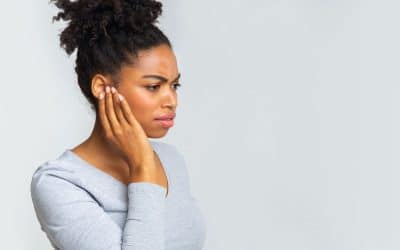 There are many kinds of tinnitus, known commonly as ringing in your ears, sometimes falsely distinguished as subjective and objective tinnitus. Among the objective tinnitus types is pulsatile tinnitus, which is normally caused by irregular blood flow in the arteries. Basically, you are hearing your heartbeat as manifested in the carotid artery. When this occurs, it may be related to problems in your arteries, some of which may be serious.

For some types of tinnitus, a Columbia TMJ dentist is a good place to start. For pulsatile tinnitus, however, most of the causes might suggest visiting a different type of doctor.

As with other types of tinnitus (commonly known as ringing in your ears), pulsatile tinnitus can have many potential causes. It can sometimes be hard to distinguish among these potential causes to get a good diagnosis. However, here are some of the most common causes of pulsatile tinnitus to consider as you make an appointment with your primary care physician and/or an otolaryngologist in Columbia.

Conductive hearing loss is when something blocks your hearing from outside your body. As a result, the sounds from within your head sound louder. In addition to hearing your heartbeat in your ears, you likely also experience magnification of breathing and chewing.

There are many potential causes of conductive hearing loss, including earwax buildup, infection, a foreign object in the ear canal, a noncancerous tumor, or fusing of the bones of the middle ear.

Some of these causes are easily remedied, but others require surgery or other invasive procedures to treat. Talking to your Columbia otolaryngologist can help you distinguish the causes of hearing loss.

Sometimes blood that is supposed to flow near the ear gets diverted so that it flows in certain ways. This inefficient flow creates elevated pressure, which then translates into pulsatile tinnitus.

Sometimes, hearing your heartbeat in  your ears might be related to having high blood pressure (hypertension). Not only is the pressure of blood moving through your nearby blood vessels higher, but the increased pressure might lead to a turbulent flow, which causes it to make more noise.

High blood pressure is very common, especially in people who are overweight or obese. It’s good to get your blood pressure tested as part of your routine physical.

In this condition, also called idiopathic intracranial hypertension, you experience elevated pressure not from your blood but from the cerebrospinal fluid that bathes your brain and spine.

In addition to pulsatile tinnitus, you will likely experience headaches, double vision, and pain behind the eyes.

Hardening of the Arteries and Tinnitus

One of the more common conditions associated with pulsatile tinnitus is atherosclerotic carotid artery disease (ACAD). This condition commonly referred to as hardening of the arteries, is when fats, bacteria, scar tissue, and other materials build up on the sides of the arteries. This buildup not only narrows the arteries, but it can break off, traveling down to narrower blood vessels and clogging them. In the case of the carotid artery, which is in the neck, the narrower blood vessels that get clogged may be in the brain, which results in a stroke.

When buildup starts in the arteries, it disrupts the flow of blood. The irregular blood flow causes turbulence, which causes vibrations that you hear. This is an important relationship because, in many patients, pulsatile tinnitus may be the first sign that the arteries are becoming clogged. If people get their pulsatile tinnitus checked out, it may allow them to get medication rather than surgery to treat ACAD and, even more important, may head off a stroke.

Another potential cause of pulsatile tinnitus is a dissected carotid artery. In this condition, your carotid artery has been torn. Now it is allowing blood to come out into the space around your ear. As your heart beats, it increases the pressure in this area, resulting in the sound you hear.

This type of tinnitus is not normally related to TMJ, but it is serious, and it does require attention. If you have pulsatile tinnitus, it’s best to see your primary care physician in Columbia first. They might refer you to an otolaryngologist or ENT (ear, nose, and throat) doctor. If you don’t get good results from their treatment, consider a TMJ dentist.

If you think TMJ might be causing your tinnitus, though, we can help. Please call (803) 781-9090 for an appointment with a TMJ dentist at Smile Columbia Dentistry, located near the intersection of I-26 and Murray.