As part of the new style of warfare, the US Army and other branches of the military have had to deal with a different pattern of injuries in its veterans. Among these new injuries is tinnitus, which has become the most claimed disability for veterans, exceeding post-traumatic stress disorder (PTSD) claims.

With so many claims, the military did what it does best: systematize the problem. The National Center for Rehabilitative Auditory Research (NCRAR) looked at the problem of tinnitus and developed the progressive tinnitus management (PTM) system.

This system is good for managing the tinnitus population in veterans, but we have to use caution in applying its lessons beyond that context.

What PTM Gets Right 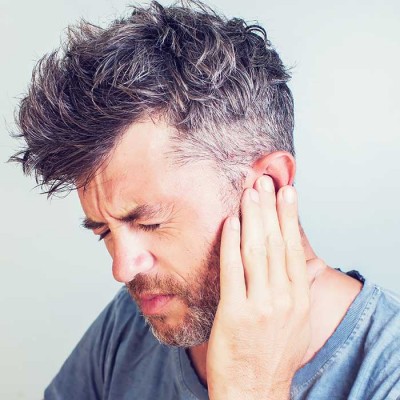 As one of the most common causes of tinnitus, we have a good understanding of the condition, and we know that this type of tinnitus has no cure available. Instead, tinnitus sufferers have to learn to manage their condition, which is why the five-level PTM strategy is focused on helping people deal with the sounds in their heads.

In the first level, triage is performed to determine the level of tinnitus that they have. If they have appreciable tinnitus, they are sent to an audiologist, who will equip them with a hearing aid for free if they have hearing loss. Those without hearing loss may be equipped with a tinnitus masking device, which generates sounds that make it easier for people to live with tinnitus.

If the hearing aid or masking device doesn’t work, people are assigned to group therapy, level 3. Therapy sessions are held with other sufferers in the presence of an audiologist and a psychologist. At this point, NCRAR says, the program is 95% effective, with only 5% of sufferers needing additional assistance.

If additional assistance is required, levels 4 and 5 involve personal meetings with an audiologist and a psychologist.

Expanding PTM to the General Population

Although PTM works well for a military population with a common cause of tinnitus, it would need to be adapted for a more general population. In level 1, it would be important to identify the cause of the tinnitus to determine which cases might be able to find relief from their tinnitus. Some types of tinnitus, like that related to TMJ, actually respond very well to treatment.

Triage will then send those with treatable tinnitus to appropriate treatment, while those that don’t have treatable forms or don’t respond to treatment are sent to the audiologist, and then through the rest of the PTM.

If you are suffering from tinnitus and you think it might be related to TMJ in Columbia, SC, you may be able to reduce or eliminate your symptoms with TMJ treatment. To learn more, please call (803) 781-9090 for an appointment with a TMJ dentist at Smile Columbia Dentistry.