Postdrome: The “Migraine Hangover” Has a Name

Postdrome: The “Migraine Hangover” Has a Name

There’s nothing quite comparable to the pain and misery of migraines. Currently, an estimated 38 million people suffer from migraines in the US. Although there are a number of treatments out there to potentially treat headaches, none are too reliable. It’s hit or miss for most patients. There is no exact cause of migraines even with continual research.

For most, migraines can feel debilitating and often come with what’s called a “migraine hangover” afterward. The migraine hangover is called “postdrome” and affects a large portion of migraine sufferers although most don’t know it’s part of having a migraine. After dealing with an excruciating migraine, the symptoms of postdrome don’t seem as intense. 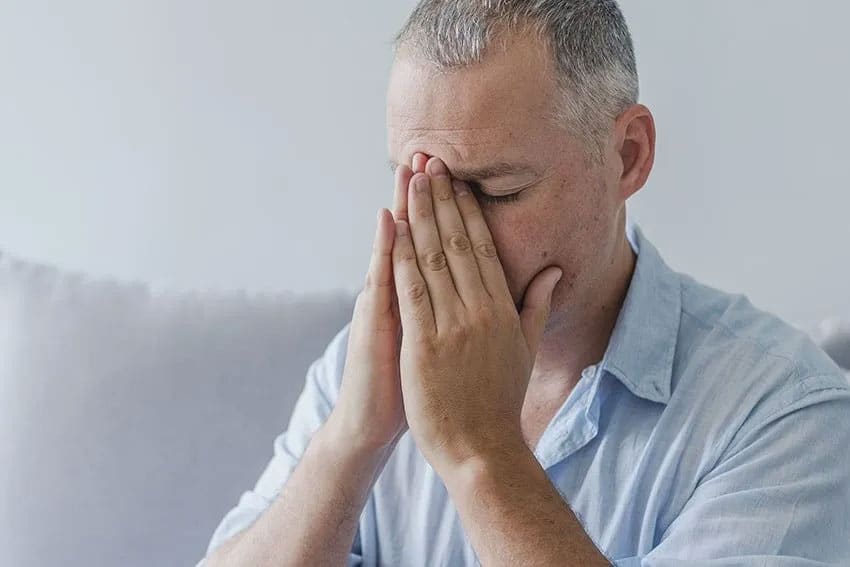 The Anatomy of a Migraine

When you have a migraine headache, there are four stages that make it up. The first stage is the “prodrome” stage and includes unrelated symptoms like cravings, yawing and hot ears. This stage shows the warnings that a migraine is on the horizon and typically takes place within hours or days prior to the migraine attack.

The next stage is aura which might occur before pain or coincide with it. The aura phase can cause visual symptoms like flashing lights, blind spots, or result in a feeling of nausea, vertigo, or pins and needles.

The second to last stage is a pain. At this stage, most people experience throbbing and unbearable pain that goes hand in hand with nausea and vomiting. It can also include sensitivity to light and noise and last up to 72 hours.

The last stage is the postdrome stage or migraine hangover stage.

When you experience the last stage of a migraine, you may not even notice the symptoms because you’re still recovering from the intense pain from your migraine. Symptoms in the postdrome stage can last up to 48 hours.

Unfortunately, there isn’t much research completed about the postdrome stage. According to a recent study by Nicola J. Griffin, M.D., 81% of the participants reported at least one non-headache symptom during the postdrome phase. The most common symptoms reported included mood changes at 72%, and muscle weakness at 54%.

Kevin Weber, M.D. currently hypothesizes that the cause of postdrome symptoms is caused by cortical spreading depression during the aura phase. In other, an electrical brain wave occurs with a migraine and causes the migraine hangover.

Until experts come to a conclusion, you can treat your postdrome symptoms by caring for your migraine as soon as possible. If it’s possible to treat your migraine before you enter the pain stage, you can set yourself up for success. Talk to your doctor about medications or supplements you can take to prevent migraines from progressing pass the aura stage.

If you suffer from frequent migraines, Dr. Hahn can evaluate you to see if TMJ is the cause. Please call (803) 781-9090 or email us using our online form to request a consultation at our Columbia dental office.