According to research, males and females may have completely different mechanisms for developing pain sensitivity. Since pain sensitization is critical to developing chronic pain, it may explain why women are more likely to develop chronic pain conditions than men. This understanding may open the door to gender-specific pain treatments that could better target ailments like TMJ that tend to be skewed toward one sex or another. 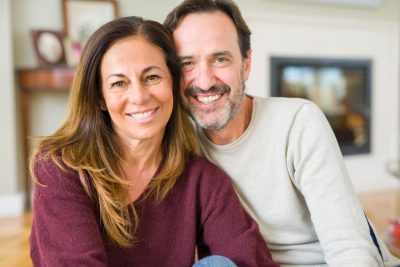 Before chronic pain develops, people experience primary pain caused by some type of stimulus. Women seem to be more aware of primary pain for multiple reasons.

One of the primary explanations for this difference is that women have greater nerve density in their skin: about twice as many nerves for sensing pain as men. This might account for the fact that women tend to report more pain after surgical procedures than men.

However, the greater nerve density might be simply to counteract the fact that female nerves seem to be less sensitive to pain than male nerves.

Instead, the difference in pain perception might be linked to the central nervous system rather than the peripheral nerves, mediated, at least partly, by hormones.

There are many potential explanations. One is that there is a memory of pain that contributes to the development of chronic pain. However, men actually seem to experience a greater impact from pain memory than women.

The Immune System and Pain

At one point, scientists mostly focused on the role of nerves in controlling and conveying pain sensations, but more recent research has revealed that the immune system has an important role to play in mediating pain sensations. That’s where this difference in pain experience was discovered.

In 2015, researchers from the University of Alabama at Birmingham (UAB) discovered that male mice had a pain experience mediated by immune cells called microglia. These immune cells respond to inflammation or nerve damage by changing shape and releasing chemicals that amplify the intensity of pain signals in the spinal column. The activity of these microglia is moderated by testosterone levels.

Researchers then found that, as expected, a non-testosterone system was used in female mice. Female mice used different immune cells, T-cells, to perform the same role. In some situations, such as when there was an excessive amount of testosterone available, female mice would use the microglia-related system.

Further research has confirmed not only this difference in neuroimmune pain reception but that it remains a promising direction for sex-specific treatments for chronic pain, an important alternative to treatment with opioids, which remains dangerous.

Considering how many pain-related disorders are reported more by women than men — including fibromyalgia, migraines, and irritable bowel syndrome (IBS) in addition to TMJ — it is surprising that this hasn’t been discovered before. The research team reports that this was due to a systematic error in the study of these pain mechanisms: they involved male mice almost exclusively.

But recently, the National Institutes of Health (NIH) introduced a new policy: preclinical research must include both male and female animals and cell lines in research. With this change, the difference became obvious.

However, many issues remain for women seeking treatment for chronic pain, including the fact that women’s pain is taken less seriously than men’s.

At Smile Columbia Dentistry, we have always tailored our TMJ treatment to individuals. You won’t get standardized treatment designed for someone else’s pain. We will apply a wide variety of techniques to help you get the treatment that works best for you.