If You Have MS, TMJ Treatment May Help

If You Have MS, TMJ Treatment May Help 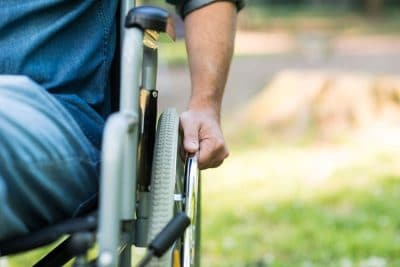 Multiple sclerosis (MS) remains a mysterious illness. The illness is characterized by an immune system dysfunction in which the immune system attacks the nerves, removing the protective tissue from them and exposing them to degeneration. MS patients may experience pain and disability, or they may experience little or no symptoms. There are many MS treatments available, but no cure.

A Small Study with Big Conclusions

One of the most important studies focusing on the relationship of MS and TMJ asked the question: could TMJ treatment help MS sufferers? The study was small, with just eight patients who had received a diagnosis of craniomandibular dysfunction (CMD), another name for temporomandibular joint dysfunction, four of whom received a neuromuscular orthotic, while the other four were given no treatment.

The patients who were given a neuromuscular orthotic saw subjective improvement in their symptoms associated with both TMJ and MS. Three out of four of these patients wanted to keep getting orthotic treatment because of the quality of results they had seen.

A Cause and Effect Relationship?

A Question of Overlapping Symptoms

At this point, it’s too early to discuss seriously the idea that TMJ in some way “causes” MS. It’s important to note that all of the patients in the study were also diagnosed with CMD. So of course it makes sense that they would receive benefit from TMJ treatment.

Patients that reported improvement in their MS symptoms as well may have been seeing some overlap effect from TMJ treatment. After all, the two conditions share many similar symptoms and are often hard to diagnose. So it’s possible that some of the symptoms you are currently attributing to MS may be due to TMJ, and it might be worthwhile to get a diagnosis of TMJ that you can discuss with your MS doctor.

If you are suffering from TMJ and want relief from your symptoms, please email Smile Columbia Dentistry in Columbia, SC today.